mingw-18.0.exe (96.9 MB) : This is a self-extracting archive. It's incredibly easy to install; see How To Install below.

My build scripts are available on GitHub, and they're also stored within the distro itself.

The components of this distro fall into four categories:

I recommend that anyone who is learning Standard C++ and who uses Windows for a primary development environment should use two compilers: the most modern version of Microsoft Visual C++ and the most modern version of GCC, the GNU Compiler Collection. Using two compilers that conform closely to the Standard subjects your code to more strenuous trials than using a single compiler would.

MinGW is a port of GCC to Windows. It is free of charge and simple to use (well, as simple as toolchains ever get). It produces standalone Windows executables which may be distributed in any manner. MinGW's official website mingw-w64.org provides various builds, but I maintain my own distro because I demand complete control. (It's a long story, but mingw-w64 forked from mingw.org. Although my distro was based on mingw.org for many years, I now consider mingw-w64 to be the one true MinGW.)

Please note that I did not write any of the components of my distro. I simply compiled them and packaged them together.

First, run the self-extracting archive. It'll ask you for a directory:

Whatever you say, it'll create a MinGW subdirectory there. I recommend saying C:\ (as in the screenshot) so it'll create C:\MinGW . 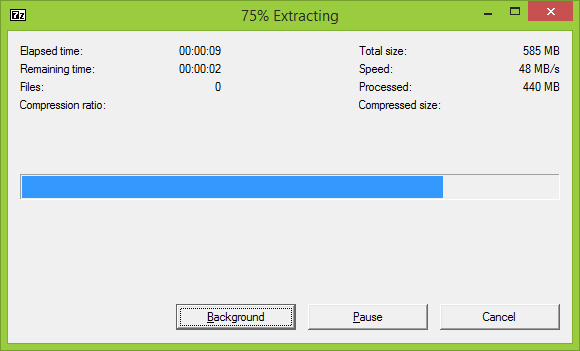 Just wait until it's done. I've gone to great lengths to make the distro as small as possible, but Boost and git are very large, so there's a lot of stuff to extract.

Third, open the root of the distro, which is C:\MinGW if you followed my recommendation. There, you'll find two batch files and README_STL.txt . Inside the readme, there are copies of this webpage's Contents and History sections in case you forget which version of the distro you have or what it contains. There are also the following usage instructions:

Finally, type g++ --version in your Command Prompt and hit Enter. You should see something like this:

If you see something like that, then you have successfully installed MinGW.

I shouldn't need to warn you about extracting a newer version of the distro into a directory which already contains an older version. That would create a mess.

How To Build Your Own Distro

Building the components from scratch requires a few things. First, you'll need their sources, which you can obtain from their official websites. Second, you'll need my build scripts and patches, which are in the scripts-VERSION subdirectory in the root of the distro. Finally, the build scripts must be run in MSYS2, and README.md in scripts-VERSION explains how to set that up.

The scripts-VERSION subdirectory is a git repository, available on GitHub.

THE SOFTWARE IS PROVIDED "AS IS", WITHOUT WARRANTY OF ANY KIND, EXPRESS OR IMPLIED, INCLUDING BUT NOT LIMITED TO THE WARRANTIES OF MERCHANTABILITY, FITNESS FOR A PARTICULAR PURPOSE, TITLE AND NON-INFRINGEMENT. IN NO EVENT SHALL THE COPYRIGHT HOLDERS OR ANYONE DISTRIBUTING THE SOFTWARE BE LIABLE FOR ANY DAMAGES OR OTHER LIABILITY, WHETHER IN CONTRACT, TORT OR OTHERWISE, ARISING FROM, OUT OF OR IN CONNECTION WITH THE SOFTWARE OR THE USE OR OTHER DEALINGS IN THE SOFTWARE.

https://nuwen.net/mingw.html (updated 10/30/2021)
Stephan T. Lavavej
Home: stl@nuwen.net
Work: stl@microsoft.com
This is my personal website. I work for Microsoft, but I don't speak for them.